Check out the courses we offer
Skip to content
Knowledge Base » Health and Safety » What are the regulations around COSHH? 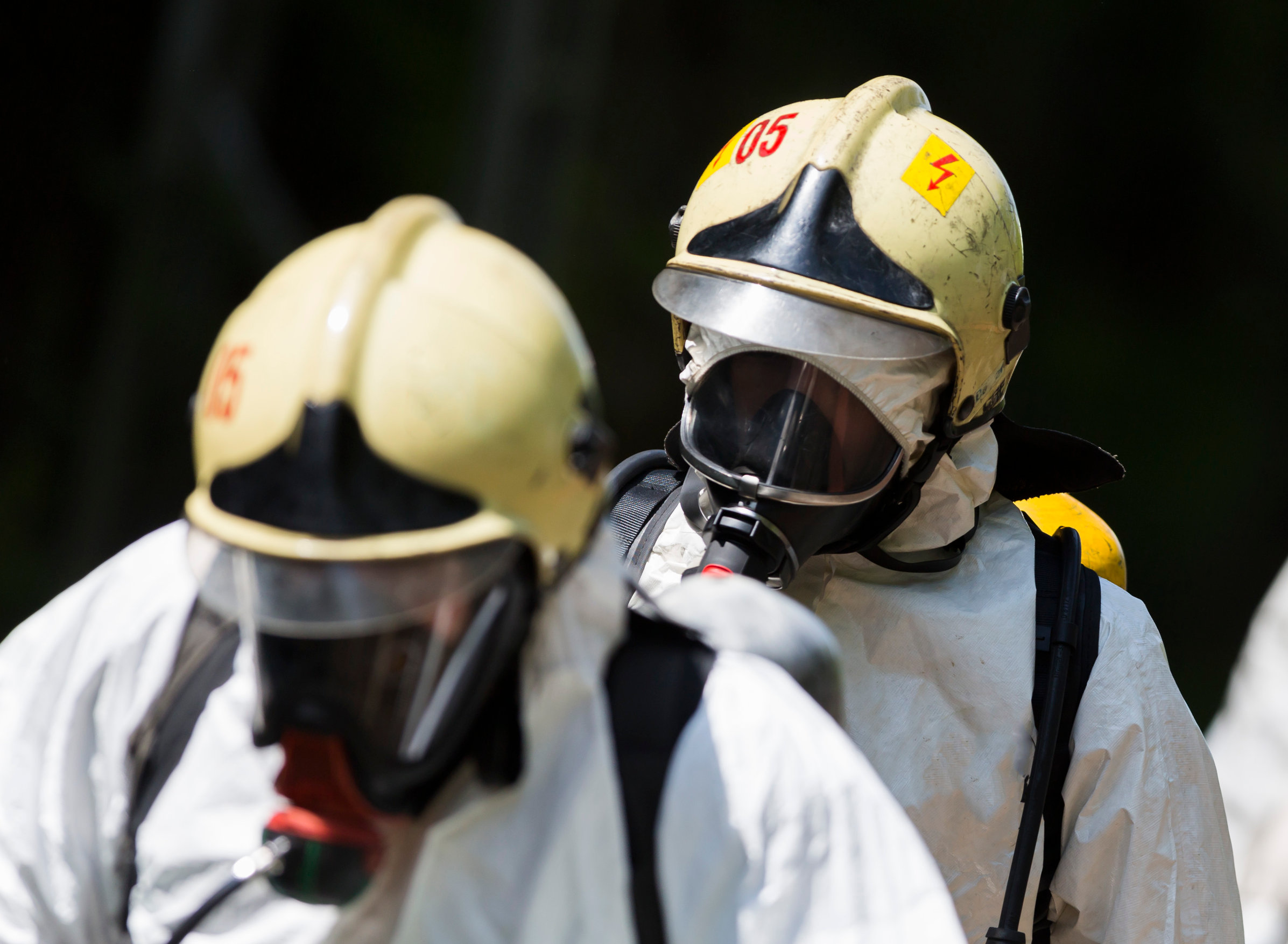 Hazardous substances are present in most, if not all, workplaces. They can potentially cause harm, such as ill health (short- and long-term) and environmental damage. Some are also classed as dangerous substances, as they can cause fire and even explosions if not properly controlled.

According to the Health and Safety Executive (HSE), thousands of workers are made ill by hazardous substances every year. Workers contract lung and skin diseases, e.g. asthma, cancer and dermatitis, which cost industry, society and individuals millions of pounds each year.

The latest health and safety statistics estimate there are:

The COSHH Approved Code of Practice (ACOP) defines a substance as:

“A natural or artificial substance whether in solid or liquid form or in the form of a gas or vapour (including micro-organisms).”

So, what substances can be hazardous and what is covered under the COSHH Regulations?

COSHH covers most hazardous substances, such as:

The COSHH ACOP expands on this and includes:

For hazardous substances to cause ill health, they must come into contact with the human body. There are several ways they can enter the body, and these are called routes of entry.

Routes of entry include:

How a substance enters the body depends on its form, e.g. dust, fume, liquid, solid, mist, gas and vapour.

Chronic ill-health effects happen after prolonged exposure to low concentrations of a substance and are usually irreversible and disabling, e.g. being exposed to a carcinogenic substance frequently can increase the risk of cancer.

Where are hazardous substances a risk?

Most workplaces will have hazardous substances, even those deemed to be lower risk, such as offices and shops. If a chemical has a hazard pictogram on the packaging/label, then it has the potential to cause harm to workers and others in the vicinity. Hazardous substances can also be created by certain work activities, e.g. cutting wood.

There are some industries/jobs that are more likely to be exposed to hazardous substances due to the nature of the work carried out.

If there is a risk of exposure to hazardous substances, the COSHH Regulations will apply along with other applicable legislation.

The regulations around COSHH

Some have their own specific set of regulations, such as:

Employers and other duty holders must comply with the above legislation for these specific hazardous substances if they are a risk in their workplace.

To comply with the COSHH Regulations, employers should:

Exposure to hazardous substances will also come under the Health and Safety at Work, etc. Act (HSWA) 1974. Employers must have arrangements to ensure that when substances are used, handled, stored, and transported, they are safe and do not create risks to people’s health. The working environment should also be safe and healthy, e.g. no dusts.

On construction sites, the Construction (Design and Management) (CDM) Regulations 2015 will apply. It requires duty holders to include hazardous substances in the health and safety arrangements in the construction phase plan.

There should be specific measures for “work which puts workers at risk from chemical or biological substances constituting a particular danger to the safety or health of workers or involving a legal requirement for health monitoring.”

As the UK has now left the EU, there have been some 2021 changes to COSHH to CLP and REACH you can access them in our knowledge base.

Who is responsible for health and safety?

When people ask who is responsible for health and safety, the answer is usually “everyone”. This is true to an extent.

However, it is important to recognise that some have more duties than others in the workplace. By saying that “everyone is responsible” is like saying that everyone has the same accountability, which is not the case. So, while everyone has responsibilities for health and safety, there will be differences depending on who the duty holder is.

Who is overall responsible for health and safety will depend on the type of workplace and activities it is important to be clear on what responsibilities duty holders have and what they need to do to comply with the law and keep people safe and healthy.

Employers are overall responsible for the health, safety, and welfare of all their employees while at work. They also have responsibilities to non-employees, such as contractors, visitors, and members of the public.

This extends to having overall responsibility for the control of hazardous substances in the workplace under COSHH and associated regulations.

If a self-employed person is not an employer but takes hazardous substances on to someone else’s premises, the COSHH Regulations will apply. However, they will be exempt from regulation 10 (workplace monitoring) and regulation 11 (health surveillance).

Those who are self-employed also have duties under HSWA if they carry out ‘an undertaking of a prescribed description’. This will apply where a self-employed worker’s activities pose a risk to others, e.g. use or creation of hazardous substances.

On construction sites, employers will still be responsible for their employees. However, clients have overall responsibility for health and safety on construction projects under the CDM Regulations.

Under these two pieces of legislation, employees have a duty to:

They also have duties under the COSHH Regulations, which are:

Other duty holders will also have responsibilities for health and safety and reducing the risks associated with hazardous substances, e.g. :

For example, under HSWA, designers, manufacturers, suppliers and importers of substances must ensure that they are safe and without risks to health when used, handled, processed, stored or transported by a person at work. They should test and examine substances where necessary and provide information, e.g. safety data sheets (SDSs).

If duty holders do not comply with their legal health and safety responsibilities, e.g. not complying with the COSHH Regulations, it can mean:

Failing to comply with the law can be very costly for duty holders, and for smaller businesses, it may even result in closure if financial penalties are high.

If employees do not comply, they are not only harming their employer but also their own health. If they become chronically ill, it can have a knock-on effect on their families and even society if they can no longer work due to being made ill by hazardous substance exposure.

Hazardous substances can have short-term and long-term effects on workers and others who are exposed. The ill-health effects can be wide-ranging and depend on the type of substance, its form, and its hazardous nature.

For most hazardous substances, workers are likely to suffer from ill health when exposed to them over time. For example, a construction worker regularly exposed to concrete dust may develop a lung disease known as silicosis, which can be severely disabling and fatal.

Health and safety legislation, including the COSHH Regulations, CLP, and REACH, aim to protect workers and others from the harm that hazardous substances can cause.

To prevent and reduce the risk of harm, duty holders must comply with applicable laws. If they do not, it can cause ill health to workers, which could result in enforcement action, compensation claims and associated financial implications. Remember, a healthy workforce = healthy profits. 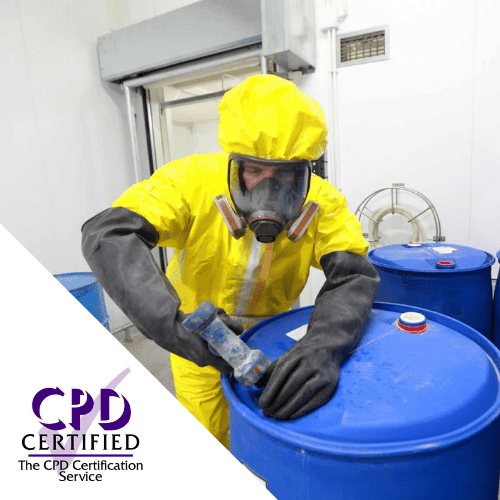 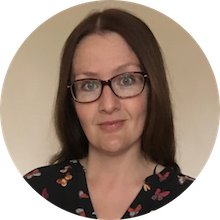