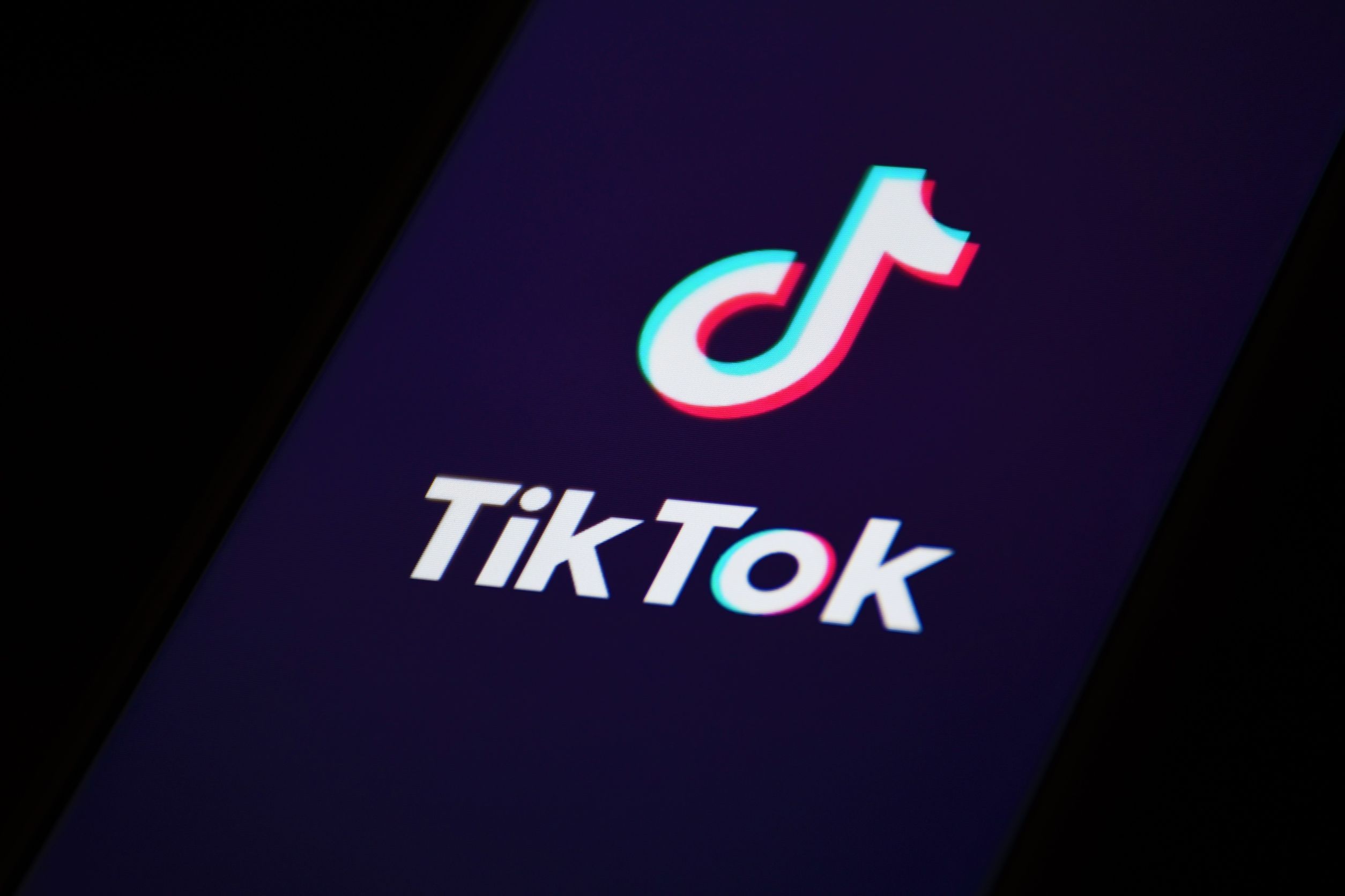 Social media is the name for a group of online platforms that are used to connect with people and share content online. This online world has gained immense popularity since its creation in the 21st century, with almost 4 billion people worldwide now having some form of social media account.

Social media was initially invented for the sole purpose of connecting with friends online, but as it has grown in popularity globally, social media platforms offer increased functionality to entertain their users. You can share live moments, photos, videos, entertaining content, and send messages for free (providing that you are connected to the internet). This has great cost-saving benefits to stay in touch with people and share and view content from all over the world.

However, there is a downside to social media that can present a number of risks to its users. The online world holds a lot of personal information that can easily get into the wrong hands. Without using the proper safety precautions, criminals can use these platforms to take advantage of users and inflict abusive behaviours, which are a particular concern for child users.

TikTok has a target audience that predominantly consists of children, so criminals could use the platform as a way to take advantage of this. Awareness of these dangers can promote your child’s safety so that they can continue to use the app.

TikTok can bring a lot of joy to children and can be a safe space for them to be entertained, as long as the appropriate safety measures are maintained. In this guide we will consider in more detail whether TikTok is safe, as well as share some tips for parents on using the platform.

TikTok is a social media platform that is solely used for sharing short form video content. It is one of the newest platforms and has become one of the most popular social media applications among younger users, which the platform was designed for.

In the UK alone, TikTok has 17 million users and has seen a spike in usage during the coronavirus lockdown. The number of children and young people aged 15 to 24 years old using TikTok doubled to 30% during this period.

As TikTok is a video-based platform, all of its functions are centred around video sharing. Like many social media platforms, you can interact with the content shared through likes, comments, and shares which can be a fun way of interacting with friends. You also have a private inbox that can be used to direct message people and have private conversations, as well as a live video functionality.

When you initially create a profile, the settings in TikTok will automatically make your profile visible to everybody, but this can easily be changed in the privacy settings (which will be discussed further on in this TikTok guide). Once you have created your profile, you can either view video content or upload video content. There are many different video genres on the platform, which continue to expand as more users join the app.

Lip-syncing and dance videos are predominantly featured on the app and are the main appeal to the younger users. These videos can be edited with sounds, filters, emojis, and stickers which add additional appeal to children and young people. However, the video content has expanded from being solely children’s entertainment as more older users are beginning to use the platform too.

Some examples of the other types of video content include:

As with many social media platforms, TikTok has a minimum age requirement of 13 years old. Children aged 13 years to 18 years must have permission from a parent or guardian to use the app.

However, as with all social media platforms, a person can easily lie about their age to create an account and upload and view content. An investigation by Ofcom in 2020 found that 42% of UK children aged eight to 12 years old had used TikTok.

There are concerns over the safety of children using TikTok because of the content they could potentially be exposed to. As the demographic of TikTok has widened, so has the type of content accessible on the platform (as highlighted above).

This means that some of the videos that younger users could view may be inappropriate for their age. Although TikTok will suggest the content that you might enjoy based on your usage, you can also search the general feed which can be home to some explicit content of a sexual or violent nature, or include explicit song lyrics.

The challenge videos on the platform can also pose serious safety risks and can encourage users to try dangerous stunts at home; as was found by the family of a Dancing on Ice star. The girlfriend of the star tried a TikTok challenge whereby she attempted to turn a wine bottle into a vase. The challenge involved fire and went terribly wrong, leaving her with burns on her face and body, affecting her physical and mental health and wellbeing.

The interaction on the app (through likes, comments, and shares) can also have a negative effect on a child’s mental health. If a child does not receive the desired number of likes or comments on their video, it could harm their confidence and self-esteem, or influence the content that they share on the platform. Instead of being harmless fun, a child could develop feelings of anxiety and engage with inappropriate content for popularity.

Alternatively, if a video shared does not receive a positive reaction, it could leave the child at risk of cyberbullying, leading to a number of mental health difficulties for children. One harmful TikTok trend is ‘cringe videos’, where a user makes a compilation video of content on the platform that they deem to be ‘uncool’. This can initiate trolling on a large scale and can be shared across other social media platforms, sometimes becoming viral.

TikTok interaction also poses a risk of children being groomed. If your TikTok profile is set to public, anybody can interact with the videos that you post and send you a message to your personal inbox.

Criminals could leave comments of a violent or sexual nature on any video, including those of children and teenagers. BBC Trending collected and reported hundreds of comments that were sexually inappropriate that had been left on TikTok videos that children had uploaded.

They found that once reported, although the comments had been removed, the profiles of the perpetrators remained on TikTok. The risk is that the perpetrator could continue to comment on a child’s content, and encourage children to engage with them through direct messages. This is a way that criminals groom children, which can devastatingly lead to children being exploited. You can familiarise yourself with the signs of  child abuse and exploitation using our knowledge base.

Due to the lack of initial monitoring during sign-up to the platform, the risk of criminals targeting children on the app is something that may always remain a concern. TikTok has billions of worldwide users which makes the platform difficult to regulate (as with many social media platforms).

The app was created in China which means that the UK is restricted in its powers in relation to the app’s functioning. However, UK authorities continue to monitor use of the app, raising concerns and investigations as appropriate; with most recent concerns being raised about collection of child data.

What is TikTok good for?

TikTok was created with children in mind, so it can bring great joy to children and whole families. The coronavirus lockdown forced children across the country to stay indoors for the majority of the year, presenting immense challenges to many families.

However, apps like TikTok have been an excellent source of children’s entertainment and a way to keep in touch with friends who they would usually see at school every day. The age-appropriate content has been able to bring families together, by encouraging time to be spent together creating dances, comical videos, and lip-syncing. It is something that children have even got their grandparents to join in with.

There are also many positive role models on the platform that challenge negative content and share positive empowering messages. Children and young people are impressionable and can often feel pressured by content that is shown online; such as influencing how they feel and look.

Some content creators on TikTok focus on promoting positive mental health and self-esteem by reinforcing self-love and realistic expectations through their videos. With safe usage, TikTok can boost a child’s mental health by raising awareness and challenging the associated stigmas to wellbeing.

You can find an example of a positive tiktok role model, who encourages users to love the skin they’re in. TikTok also promotes positive campaigns using hashtags and sharing the content across public feeds. Some of its recent campaigns include: internet safety, climate change, and educational videos.

It is important to keep children safe online and fully utilise TikTok’s safety measures. The best way to understand and use these is by downloading the app yourself so that you can gain an idea of the type of content that can be accessed, and learn how to make a safe TikTok account. We encourage parents to have open discussions with children about using TikTok, so that they feel able to raise concerns to you.

You can find out some tips to help make TikTok safe from our guide below:

TikTok has built parental controls into the app, in the form of a ‘family safety mode’. This mode allows you as a parent, to moderate the features on your child’s account directly from your own TikTok account. To do this you connect your and your child’s accounts together to hold control over their settings.

This means that you can monitor your child’s safety settings and adjust these from your own device and profile; allowing remote monitoring of their safe use of the app. You can find out how to connect your and your child’s profile on the TikTok Family Pairing page.

There is also a restricted mode built into TikTok that acts as a content filter. By using this mode, you can remove inappropriate content from being visible to your child when they are using the app. You can control this setting on your device with the on or off toggle. As well as this, you can also alter your child’s messaging settings and screen time limits. You can restrict who they receive messages from –to either their friends, or nobody at all.

You can also use the wellbeing timer to set limits on the time they spend on the app each day. All social media apps should be used in moderation to preserve children’s wellbeing and self-esteem, as prolonged use can have negative effects on a child’s mental health, as found in this study shared by the BBC.

The dangers of using TikTok are similar to that of most online tools, requiring ongoing monitoring to ensure that your child remains safe online. By using this guide to TikTok, you can promote your child’s safe use of the app and encourage them to tell you about any concerns. 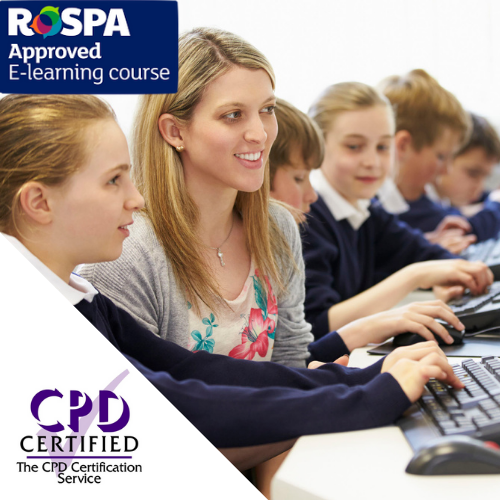 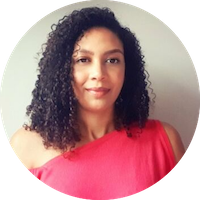