Check out the courses we offer
Skip to content
Knowledge Base » Mental Health » What is borderline personality disorder? 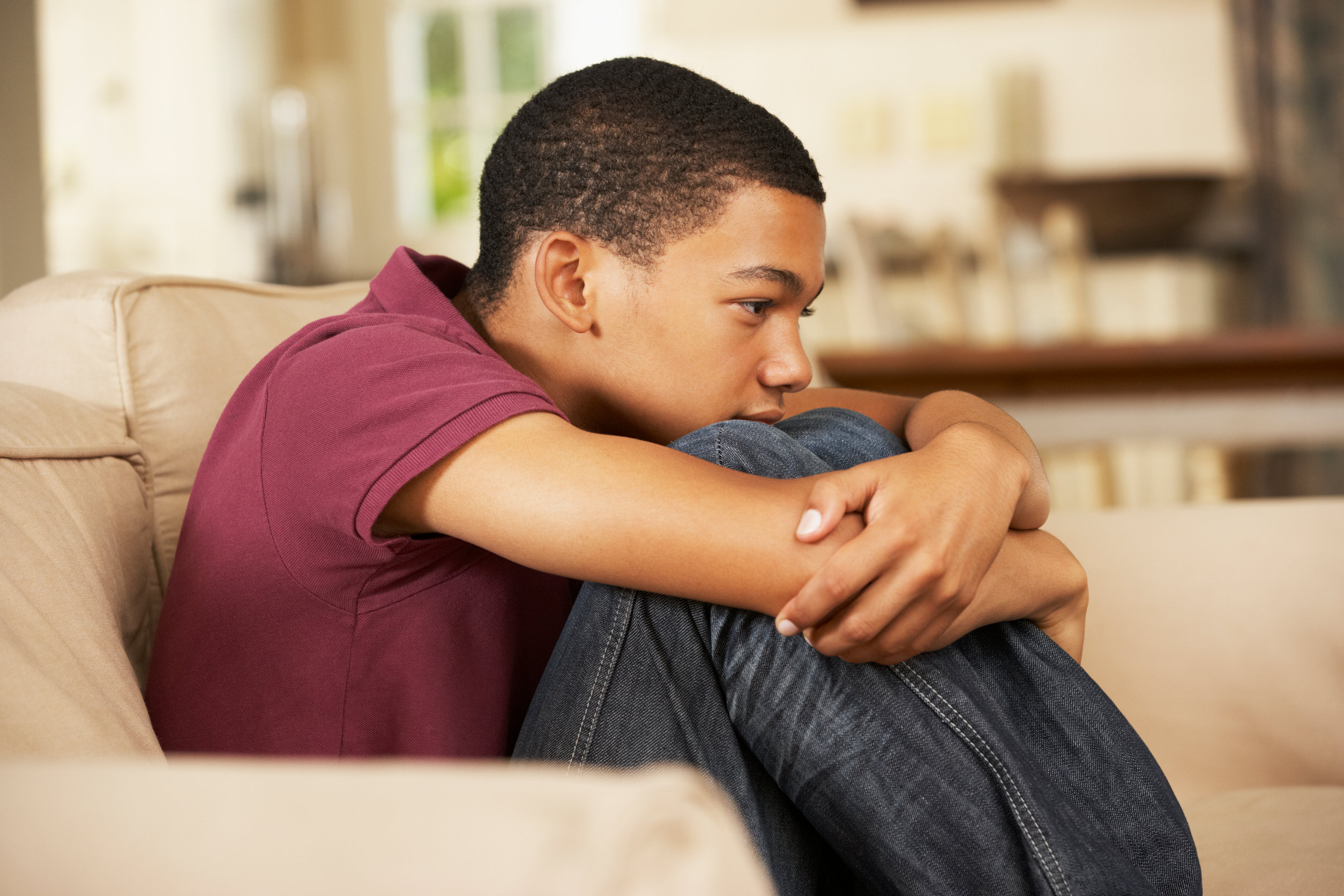 Borderline Personality Disorder (BPD) is a mental disorder characterised by a person having difficulties in regulating their emotions, their moods and how they interact with others. It is denoted by a pattern of emotional instability, impulsive behaviour, distorted self-image and unstable relationships.

People with BPD feel emotions more intensely, for longer periods of time and it is harder for them to return to a stable state following an emotionally triggering incident, for example a memory, experience or event. It is the most commonly recognised personality disorder.

According to the National Institute for Health and Care Excellence (NICE), between 0.7% and 2% of the UK population suffer with borderline personality disorder. BPD appears to be more prevalent in women, with 75% of BPD sufferers being female. However, NICE highlights that one reason why the condition is predominantly seen in females is that women are far more likely to seek treatment.

The prevalence of BPD is particularly high in the prison population; in England and Wales it is estimated to be 23% among male remand prisoners, 14% among sentenced male prisoners and 20% among female prisoners.

How do you know if you have borderline personality disorder?

People with BPD tend to be extremely sensitive. Some people describe it as similar to having an exposed nerve ending. Small things can trigger intense reactions and once you are upset, you have trouble calming down again.

When you are experiencing overwhelming emotions, sometimes called a “crisis”, you are unable to think straight or stay grounded. You may say hurtful things or act in dangerous or inappropriate ways that make you feel guilty or ashamed afterwards. It can be an agonising cycle that can feel impossible to escape.

If you have BPD you may recognise some of the following statements:

If you identify with a number of the above statements, you may be suffering from BPD, however, you should seek a correct diagnosis from a mental health professional as some of these feelings can also apply to other similar or co-occurring conditions such as:

What are the symptoms of borderline personality disorder?

BPD can reveal itself in a variety of ways, however, mental health professionals usually group the symptoms into nine major categories for the purpose of diagnosis. The symptoms must have been experienced by the suffer for some time, usually beginning in adolescence, it must impact a number of areas of their life and sufferers must show signs of at least five of these symptoms to be diagnosed with BPD.

Unfortunately, as with many other mental health disorders, the causes of BPD are not fully understood at present. Most mental health professionals including MIND believe that BPD is caused by a combination of inherited or internal biological factors and external environmental factors, such as traumatic experiences in childhood.

Research of twins and families suggest that personality disorders may be genetic, that is that they are inherited or strongly associated with other mental health disorders among family members.

Other research has shown that brain abnormalities may be present; that there has been some changes in certain areas of the brain involved in emotion regulation, impulsivity and aggression. In addition, certain brain chemicals that help regulate mood, such as serotonin, may not function correctly.

Examples of the environmental factors that are also said to possibly cause BPD, can be people who have experienced traumatic life events such as physical or sexual abuse during childhood or neglect by and/or separation from their parents. These people are said to be at increased risk of developing BPD.

What risks and complications can borderline personality disorder cause?

People with BPD tend to view the world as good or bad, black or white, with no grey areas, and this can cause them complications and issues in life. One of the main areas they experience issues in is relationships – all kinds of relationships with, for example, friends, colleagues, family, partners, neighbours. This is because the person with BPD either loves or hates the people that they have any kind of relationship with and often no two days are the same.

A friend might be the best person in the world one day and the next they are their bitter enemy. Often these feelings stem from the BPD sufferer’s fear of abandonment. The impact is that the person with BPD has difficulties with interpersonal relationships that often leads to conflict and may result in divorce, family disputes, trouble maintaining friendships and clashes at work.

When these interpersonal conflicts arise in the workplace due to the BPD sufferer being unable to regulate their emotions, the impact may well be that they find themselves being disciplined or even losing their job. However, there are some people with BPD who function quite well and do hold down a job successfully.

Another issue that people with BPD experience is potentially having to take time off due to self-harm injuries, consequences of reckless driving, substance misuse, STDs acquired from unsafe sex and hospitalisation due to more serious injuries or suicide attempts. People with BPD will have to face the health and physical repercussions of their erratic behaviours.

How to diagnose borderline personality disorder?

There is no definitive medical test to diagnose BPD, and as referred to above, a diagnosis is not based on one specific sign or symptom but a combination of signs displayed over a period of time.

BPD is not usually diagnosed in children because their personalities and behaviours are still developing, and although some of the behaviours of BPD can be typically seen in young children, most grow out of these. If by adolescence, around the age of 18, a young person is still displaying these symptoms and behaviours and they are affecting their lives significantly, it may be that they are suffering from BPD.

The first step is to talk to your GP if you are concerned that you may have BPD. They will ask about your symptoms and how they are affecting your quality of life. Your GP will also want to rule out other more common mental health conditions, such as depression, and to make sure there is no immediate risk to your health and wellbeing. If your GP suspects BPD, you will probably be referred to a community mental health team for a more in-depth assessment.

What treatments are available for borderline personality disorder?

When a diagnosis have been made for BPD, treatment may involve individual or group psychotherapy, carried out by professionals within a community mental health team (CMHT).

If your symptoms are moderate to severe, you will probably be entered into a treatment process known as a care programme approach (CPA). CPA is essentially a way of ensuring that you receive the right treatment for your needs.

There are four stages:

BPD may be treated using psychotherapy, but medication may also be added. Types of psychotherapy that have been found to be effective include:

Cognitive behavioural therapy (CBT). CBT is based on the concept that your thoughts, feelings, physical sensations and actions are interconnected, and that negative thoughts and feelings can trap you in a vicious cycle.

Your doctor may also recommend hospitalisation if your safety is at risk. Consider involving people close to you in your treatment to help them understand and support you.

Self-help for those with borderline personality disorder

People with BPD can spend a lot of time fighting their impulses and emotions; however, if you stop trying to fight, avoid, suppress or deny what you are feeling and give yourself permission to have these feelings, you can take away a lot of their power.

Start by observing your emotions, as if from the outside. Watch as they come and go – it may help to think of them as waves. Tell yourself that you accept what you’re feeling right now and remind yourself that just because you are feeling something doesn’t mean it is reality.

Many people with BPD may choose to isolate themselves from these relationships even when they need them most, so the support of family and friends is crucial in the treatment of BPD.

You can help your friend or family member by:

Whilst there is no definitive cure for BPD, and learning to manage your emotions, thoughts and behaviours will take time, most people will improve considerably with treatment. You may always struggle with some symptoms of BPD and you may experience times when your symptoms are better or worse. However, treatment can improve your ability to function and help you feel better about yourself. 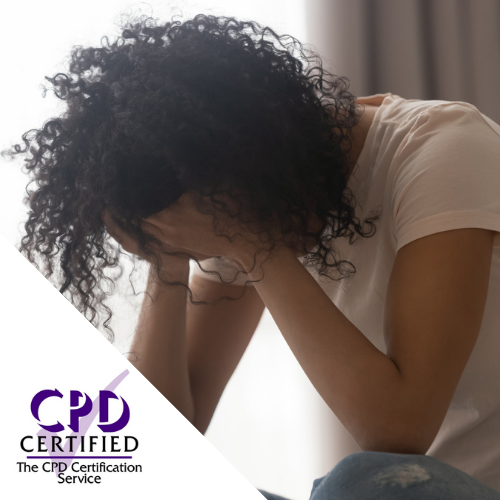 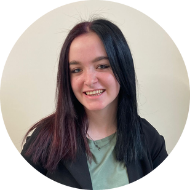